The Things They Carried

The Things They Carried

The Things They Carried, Tim O’Brien’s 1990 collection of linked stories about an infantry company in Vietnam, is an enormously popular and critically acclaimed contribution to the literature of modern war. In this story “The Dentist,” the emphasis is on characterization, which is achieved largely through the narrator’s perspective of a protagonist.  The immediate setting, and the inferences we are meant to make about the larger setting, are also important.   O’Brien’s selection and details key to the theme 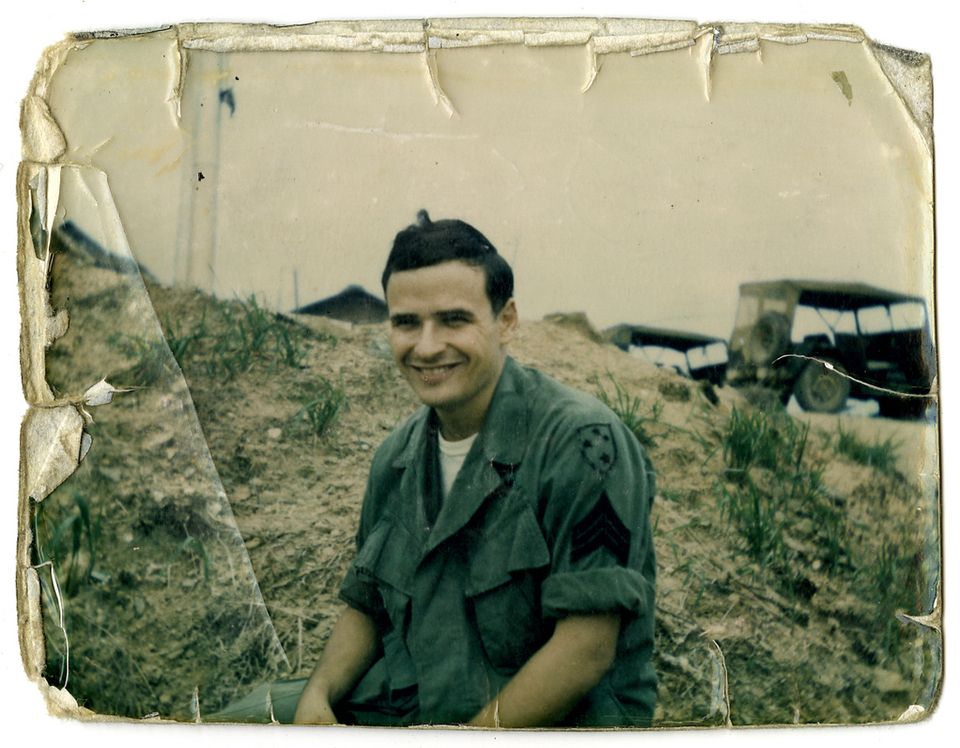 Below is a chapter from The Things They Carried called “The Dentist.”  Before you read the chapter, look over the Discussion Questions to help you prepare to not only analyze the story, but you will be better equipped to answer the questions.

When Curt Lemon was killed, I found it hard to mourn. I knew him only slightly, and what I did know was not impressive. He had a tendency to play the tough soldier role, always posturing, always puffing himself up, and on occasion he took it way too far. It’s true that he pulled off some dangerous stunts, even a few that seemed plain crazy, like the time he painted up his body and put on a ghost mask and went out trick- or-treating on Halloween. But afterward he couldn’t stop bragging. He kept replaying his own exploits, tacking on little flourishes that never happened. He had an opinion of himself, I think, that was too high for his own good. Or maybe it was the reverse. Maybe it was a low opinion that he kept trying to erase.

In any case, it’s easy to get sentimental about the dead, and to guard against that I want to tell a quick Curt Lemon story.

In February we were working an area of operations called the Rocket Pocket, which got its name from the fact that the enemy sometimes used the place to launch rocket attacks on the airfield at Chu Lai. But for us it was like a two-week vacation. The AO lay along the South China Sea, where things had the feel of a resort, with white beaches and palm trees and friendly little villages. It was a quiet time. No casualties, no contact at all. As usual, though, the higher-ups couldn’t leave well enough alone, and one afternoon an Army dentist was choppered in to check our teeth and do minor repair work. He was a tall, skinny young captain with bad breath. For a half hour he lectured us on oral hygiene, demonstrating the proper flossing and brushing techniques, then afterward he opened up shop in a small field tent and we all took turns going in for personal exams. At best it was a very primitive setup. There was a battery- powered drill, a canvas cot, a bucket of sea water for rinsing, a metal suitcase full of the various instruments. It amounted to assembly-line dentistry, quick and impersonal, and the young captain’s main concern seemed to be the clock.

As we sat waiting, Curt Lemon began to tense up. He kept fidgeting, playing with his dog tags. Finally somebody asked what the problem was, and Lemon looked down at his hands and said that back in high school he’d had a couple of bad experiences with dentists. Real sadism, he said. Torture chamber stuff. He didn’t mind blood or pain—he actually enjoyed combat—but there was something about a dentist that just gave him the creeps. He glanced over at the field tent and said, “No way. Count me out. Nobody messes with these teeth.”
But a few minutes later, when the dentist called his name, Lemon stood up and walked into the tent.

It was over fast. He fainted even before the man touched him.

Four of us had to hoist him up and lay him on the cot. When he came to, there was a funny new look on his face, almost sheepish, as if he’d been caught committing some terrible crime. He wouldn’t talk to anyone. For the rest of the day he stayed off by himself, sitting alone under a tree, just staring down at the field tent. He seemed a little dazed. Now and then we could hear him cussing, bawling himself out. Anyone else would’ve laughed it off, but for Curt Lemon it was too much. The embarrassment must’ve turned a screw in his head. Late that night he crept down to the dental tent. He switched on a flashlight, woke up the young captain, and told him he had a monster toothache. A killer, he said—like a nail in his jaw. The dentist couldn’t find any problem, but Lemon kept insisting, so the man finally shrugged and shot in the Novocain and yanked out a perfectly good tooth. There was some pain, no doubt, but in the morning Curt Lemon was all smiles.

2. Respond to the short writing prompt.

3. Reply to at least one of your classmate’s writing prompts

1. The immediate setting, The Rocket Pocket, is described in such a way that we are invited to make inferences about the ordinary lives of the soldiers in the larger setting, the theater war. What are conditions like in more typical areas of military operation? Which details of the setting help you to picture these conditions?

2. What is ironic about what happens to Curt Lemon at the Rocky pocket? What kind of irony is this?

3. How does the narrator feel about Curt Lemon, the protagonist? What evidence does he provide as the basis of this attitude?

4.  Explain why the narrative chooses to tell this particular story about Curt and the dentist?  Then describe the overall tone of the story and refer to specific details that contribute to the tone.

5. What is the purpose of the details about the dentist as his field tent? What is ironic about Curt Lemon’s response to him?

6. What is the theme of the story and how did you arrive and understanding of it?

Write a short analysis of the story’s last paragraph, taking into account both objective information about Lemon and the narrator’s interpretation.  Your response should be at least a paragraph.

After responding to the questions above, please comment on at least one of your classmate’s short writing prompt responses.

The Lesson by Toni Cade Bambara